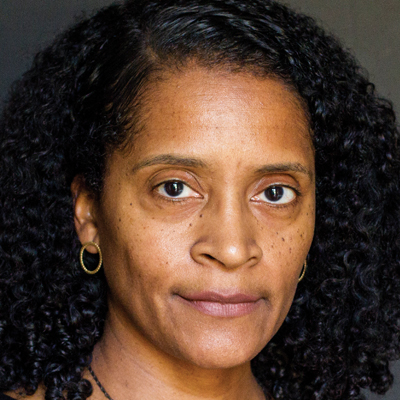 Emily Bernard received her PhD in American studies from Yale University. She has been the recipient of grants from the Ford Foundation, the NEH, and a W. E. B. Du Bois Resident Fellowship at Harvard University. Her essays have been published in The American Scholar, Best American Essays, and Best African American Essays. She is the Julian Lindsay Green and Gold Professor of English at the University of Vermont. Her latest book, Black Is the Body: Stories from My Grandmother’s Time, My Mother’s Time, and Mine (Knopf) is an extraordinary, exquisitely written memoir (of sorts) that looks at race–in a fearless, penetrating, honest, true way–in twelve telltale, connected, deeply personal essays that explore, up-close, the complexities and paradoxes, the haunting memories and ambushing realities of growing up black in the South with a family name inherited from a white man, of getting a PhD from Yale, of marrying a white man from the North, of adopting two babies from Ethiopia, of teaching at a white college and living in America’s New England today. Henry Louis Gates calls it, “A major contribution.” Washington Post says it’s, “magnificent.”