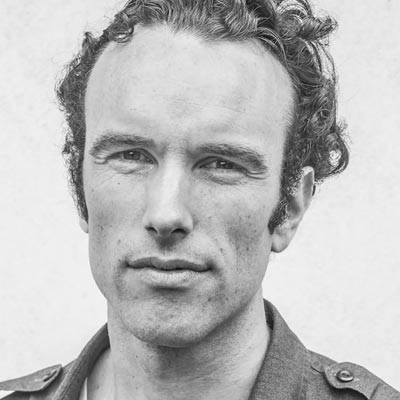 (Ackerman, Elliot) Elliot Ackerman, author of the critically acclaimed novel Green on Blue, is based out of Istanbul, where he has covered the Syrian Civil War since 2013. His writings have appeared in The New Yorker, The Atlantic, The New Republic and The New York Times Magazine, among other publications, and his stories have been included in The Best American Short Stories. He is both a former White House Fellow and a Marine, and has served five tours of duty in Iraq and Afghanistan, where he received the Silver Star, the Bronze Star for Valor and the Purple Heart. Dark at the Crossing (Knopf) was nominated for the National Book Award in fiction. Haris Abadi is a man in search of a cause. An Arab-American with a conflicted past, he is now in Turkey, attempting to cross into Syria and join the fight against Bashar al-Assad’s regime. After he is robbed, Haris’s choices become ever more wrenching: Whose side is he really on? Is he a true radical or simply an idealist? And will he be able to bring meaning to a life of increasing frustration and helplessness? Told with compassion and a deft hand, Dark at the Crossing is an exploration of loss, of second chances, and of why we choose to believe—a trenchantly observed novel of raw urgency and power.