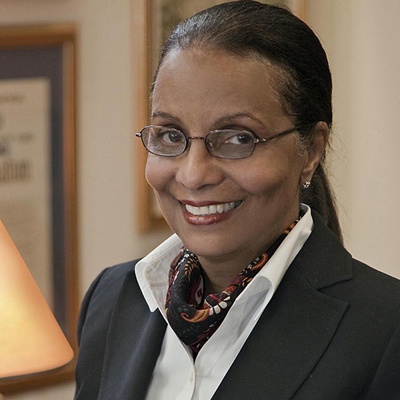 (Nunez, Elizabeth) Elizabeth Nunez is the award-winning author of nine novels and a memoir. Kirkus Reviews in a starred review calls Even in Paradise, her most recent novel, “A dazzling epic triumph.” The novel was an O, The Oprah Magazine and Essence selection. Nunez’s other novels are: Boundaries, Anna In-Between, Prospero’s Daughter,Bruised Hibiscus, Grace, Discretion, Beyond the Limbo Silence, and When Rocks Dance. Her awards include a PEN Oakland/Josephine Miles Award, an American Book Award, and an Independent Publishers Book Award. Four of her novels were selected as New York Times Editors’ Choice. Her memoir Not for Everyday Use won the 2015 Hurston/Wright Legacy Award. Nunez received a Lifetime Literary Achievement Award from Trinidad and Tobago National Library Systems and her novel Anna In-Betweenwas long-listed for an IMPAC Dublin International Literary Award. Nunez has also written several monographs of literary criticism and is coeditor of the anthology Blue Latitudes: Caribbean Women Writers at Home and Abroad. She is the cofounder of the National Black Writers Conference and executive producer of the NY Emmy-nominated CUNYTV series Black Writers in America. She holds a PhD degree from NYU and is a Distinguished Professor at Hunter College, the City University of New York.