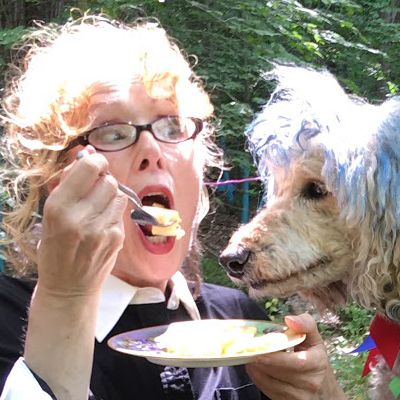 Jean Carroll writes the longest, currently-running advice column in the U.S., Ask E. Jean. It has 8 million readers. She has been published in New York, Rolling Stone, GQ, Glamour, and was a contributing editor at Esquire and Outside. She wrote for Saturday Night Live, was the host of the Ask E. Jean TV show, and has been a frequent guest on The Today Show. She is the founder of Tawkify, Inc. In her latest book, What Do We Need Men For?: A Modest Proposal (St. Martin’s Press), America’s longest-running advice columnist goes on the road to speak to women about hideous men and whether we need them. When E. Jean Carroll realized that her eight million readers and question-writers all seemed to have one thing in common―problems caused by men―she hit the road. Crisscrossing the country with her blue-haired poodle, Lewis Carroll, E. Jean stopped in every town named after a woman between Eden, Vermont and Tallulah, Louisiana to ask women the crucial question: What Do We Need Men For? E. Jean intertwines the stories of the fascinating people she meets on her road trip with her “horrible history with the male sex” (including mafia bosses, media titans, boyfriends, husbands, a serial killer, and a president), creating a decidedly dark yet hopeful, hilarious, and thrilling narrative. Her answer to the question What Do We Need Men For? will shock men and delight women.