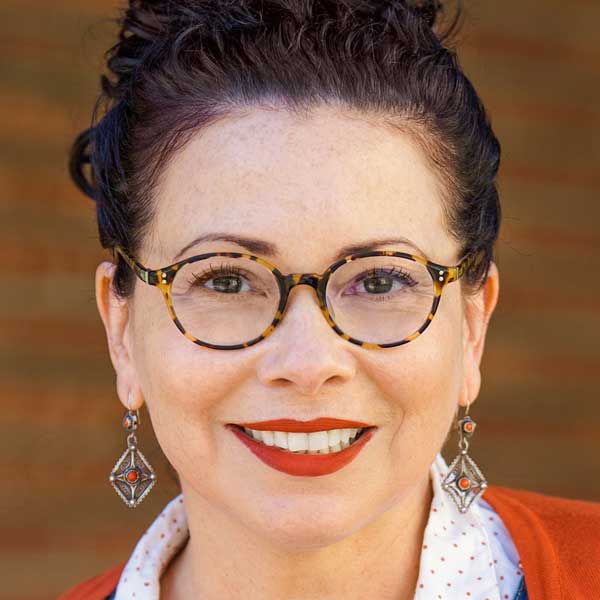 Donna Barba Higuera has spent her entire life blending folklore with her experiences into stories that fill her imagination. Her first book, Lupe Wong Won’t Dance, won a PNBA Book Award and a Pura Belpré Honor. The Last Cuentista (Levine Querido) is her second novel. In it we meet Petra Peña. She’s always wanted to be a storyteller, like her abuelita. But Earth has been destroyed by a comet, and only a few hundred scientists and their children – among them Petra and her family – have been chosen to journey to a new planet to carry on the human race. Unbeknownst to them, a sinister Collective has taken over the ship during its journey, bent on erasing the sins of humanity’s past by systematically reprogramming the children and purging the memories of the adults. When Petra wakes to her new life hundreds of years later, she discovers that she is the only person who remembers Earth. She becomes the lone bringer of Earth’s now forbidden stories and her grandmother’s Mexican folklore, and with them, any hope for our future. Can she make them live again? Publishers Weekly, in a starred review, celebrated the book as “the work of a true cuentista: gripping, euphonious (“The wind carried it off far away into the stars”), and full of storytelling magic.”