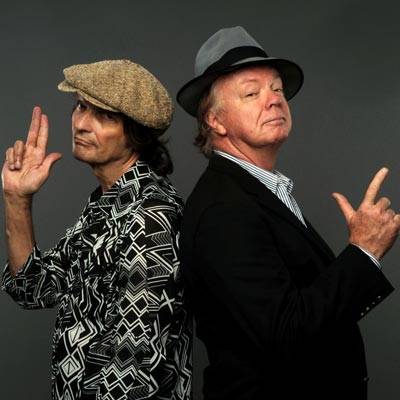 According to the Rock & Roll Hall of Fame “Before the world heard of KISS, the New York Dolls, Marilyn Manson or Ozzy Osbourne, there was Alice Cooper, the original shock-rock band.” Riding on a string of hits like “I’m 18” and “School’s Out,” Alice Cooper became America’s highest-grossing act, producing four platinum albums and hitting number one on the U.S. and U.K. charts with Billion Dollar Babies in 1973. Their outrageous staging and performances were copied by countless bands. Dennis Dunaway, the bassist and co-songwriter for Alice Cooper, tells a story just as over-the-top crazy as their infamous shows in Snakes! Guillotines! Electric Chairs! : My Adventures in The Alice Cooper Group (Thomas Dunne Books). Kirkus Reviews calls the book “. . . more than just an homage to his old friend; it’s a love letter to an era… An affectionate, sharp-eyed memoir.”