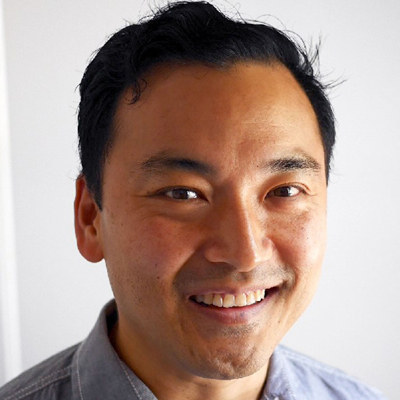 David Yoon grew up in Orange County, California, and now lives in Los Angeles with his wife, novelist Nicola Yoon, and their daughter. He drew the illustrations for Nicola’s New York Times bestseller Everything, Everything. Frankly in Love (G.P. Putnam’s Sons Books for Young Readers), David Yoon’s debut novel, follows the love travails of one Frank Li, an American kid of Korean descent, born and raised in Southern California. His Korean name is Sung-Min Li —except no one uses his Korean name, not even his parents. In fact, Frank barely speaks any Korean. Still, his parents expect him to end up with a nice Korean girl – which is a problem, since Frank is dating the girl of his dreams: Brit Means. She is funny and nerdy just like him, makes him laugh —but also is white. Having fallen in love for the very first time, Frank has to confront the fact that while his parents sacrificed everything to raise him in the land of opportunity, their traditional expectations don’t leave him a lot of room to be a regular American teen. Desperate, he turns to family friend Joy Song, who is in a similar bind, and they come up with a plan to help each other and keep their parents off their backs. But then, an unexpected turn leaves Frank wondering whether he ever really knew anything about love—or himself—at all. In a starred review Publishers Weekly noted that “Yoon never settles for stereotypes, instead giving his well-defined characters a diversity of experience, identity, sexuality, and ambition. Told in youthful-sounding prose, Frank’s journey reaches beyond Korean-American identity and touches on the common experiences of many children of immigrants, including negotiating language barriers, tradition, and other aspects of what it means to be a “hyphenated” American.”