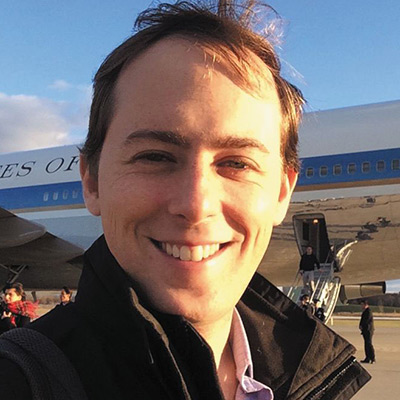 (Litt, David) David Litt entered the White House in 2011 and left in 2016, after having served as a special assistant to the president and senior presidential speechwriter. Described as the “comic muse for the president,” Litt was the lead writer on four White House Correspondents’ Dinner presentations and has contributed jokes to President Obama’s speeches since 2009. He is currently the head writer/producer for Funny or Die’s office in Washington, DC. David has also written for The Onion, McSweeney’s Internet Tendency, Cosmopolitan, Vanity Fair, The Atlantic, and the New York Times.  In his refreshingly honest memoir, Thanks, Obama: My Hopey, Changey White House Years (Ecco), Litt brings us inside Obamaworld.  With a humorists’ eye for detail, he describes what it’s like to accidentally trigger an international incident or nearly set a president’s hair aflame. For all the moments of chaos, frustration, and yes, disillusionment, Litt remains a believer in the words that first drew him to the Obama campaign. Full of hilarious stories and told in a truly original voice, Thanks, Obama is an exciting debut about what it means – personally, professionally, and politically – to grow up.