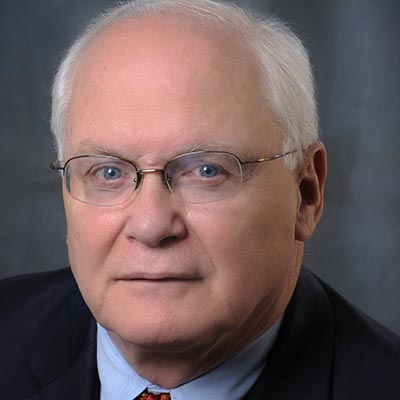 David Lawrence, Jr. retired in 1999 as publisher of The Miami Herald to work in the area of early childhood development and readiness. He chairs The Children’s Movement of Florida. He has served on the Governor’s Children and Youth Cabinet and twice chaired the Florida Partnership for School Readiness. In 2002 and 2008 he led successful campaigns for The Children’s Trust, a dedicated source of early intervention and prevention funding for children in Miami-Dade. He has been honored as a Miami Today Living Legend as well as with the Governor’s Shine Award for Inspirational Teachers. He is author of A Dedicated Life: Journalism, Justice and a Chance for Every Child (Mango). What are you going to do for the rest of your life? For David Lawrence Jr., a brilliant newspaper editor and publisher with a distinguished, three-decade-long journalism career who retired in 1999 at the age of 56, the answer in his words was to dedicate his life to a “newly energized purposefulness: that every child have a real chance to succeed.” Dave’s successful career in journalism is a story of the roller coaster of the American newspaper from the halcyon days of post-World War II to the dramatic changes and decline of today. But the most lasting impression you’ll have will be of a highly principled man applying his talents and values in a transitioning America. Ultimately, he elects to transfer his lifelong fascination with journalism to civic advocacy for early childhood learning.