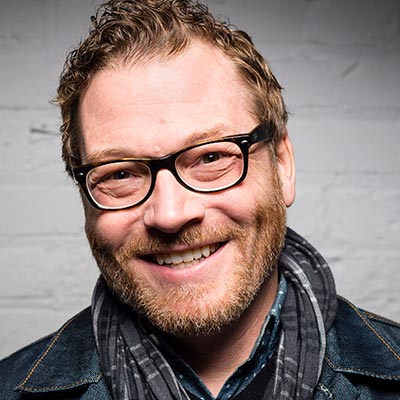 David Giffels is the author of The Hard Way on Purpose: Essays and Dispatches From the Rust Belt, nominated for the PEN/Diamonstein-Spielvogel Award for the Art of the Essay, the memoir All the Way Home, winner of the Ohioana Book Award, and Furnishing Eternity. His writing has appeared in the New York Times Magazine, the Atlantic.com, Parade, the Wall Street Journal, Esquire.com, Grantland.com, Redbook, and many other publications. He also was a writer for the MTV series Beavis and Butt-Head. He is an associate professor of English at the University of Akron, where he teaches creative nonfiction in the Northeast Ohio Master of Fine Arts Program. In his latest book, Furnishing Eternity: A Father, a Son, a Coffin, and a Measure of Life (Scribner), Giffels confronts mortality, survives loss, and finds resilience through an unusual woodworking project—constructing, with his father, his own coffin. Over the course of several seasons, Giffels returned to his father’s barn in rural Ohio to continue a pursuit that grew into a meditation on grief and optimism, a quest for enlightenment, and a way to cherish time with an aging parent. With wisdom and humor, Giffels grapples with some of the hardest questions we all face as he and his father saw, hammer, and sand their way through a year bowed by loss. Furnishing Eternity is “an entertaining memoir that moves through gentle absurdism to a poignant meditation on death and what comes before it” (Publishers Weekly).