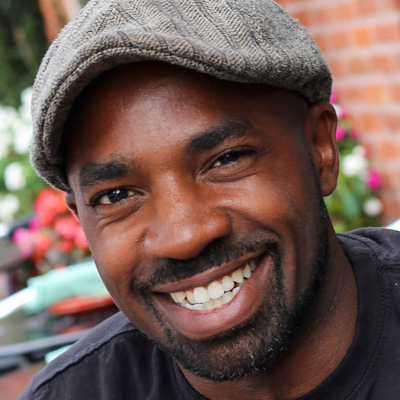 Chris Wilson is a visual artist and a social justice advocate. Through his work, he investigates societal injustices, human relationships, and public policies. His artwork is collected and displayed internationally. He is also the founder of the Chris Wilson Foundation, which supports social entrepreneurs and prison education, including re-entry and financial literacy for returning citizens, as well as art-related programs. Co-author Bret Witter has co-written seven New York Times bestsellers, including two #1. His books have sold 3 million copies worldwide and spent almost two years on the New York Times bestseller list. Growing up in a tough Washington, D.C., neighborhood, Chris Wilson was so afraid for his life he wouldn’t leave the house without a gun. One night, defending himself, he killed a man. At eighteen, he was sentenced to life in prison with no hope of parole. But what should have been the end of his story became the beginning. In The Master Plan: My Journey from Life in Prison to a Life of Purpose (G.P. Putnam) Wilson tells his journey of self-improvement–reading, working out, learning languages, even starting a business. A key piece of this process was his Master Plan: a list of all he expected to accomplish or acquire. He worked at it every day for years, and in his mid-thirties he did what once seemed impossible: he convinced a judge to reduce his sentence and became a free man. Today Wilson is a successful social entrepreneur who employs returning citizens; a mentor; and a public speaker. He is the embodiment of second chances, and The Master Plan is his unforgettable story. Publishers Weekly’s noted that “Inspiring without being preachy, Wilson’s manifesto will greatly appeal to today’s youth.”