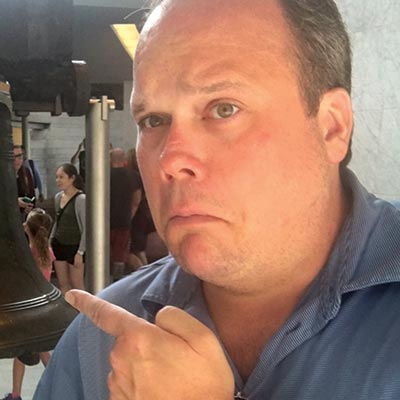 Chris Stirewalt joined Fox News Channel (FNC) in July of 2010 and serves as politics editor based in Washington, D.C. Stirewalt authors the daily Fox News Halftime Report political news note and co-hosts the hit podcast, Perino & Stirewalt: I’ll Tell You What. He is also the host of Power Play, a feature video series on FoxNews.com. Additionally, Stirewalt makes frequent appearances on network programs, including America’s Newsroom, Special Report with Bret Baier and Fox News Sunday with Chris Wallace. He is the author of Every Man a King: A Short, Colorful History of American Populists (Twelve) — a fun and lively account of America’s populist tradition, from Andrew Jackson and Teddy Roosevelt, to Ross Perot, Pat Buchanan, and Donald Trump. Every Man a King tells the stories of America’s populist leaders, from an elderly Andrew Jackson brutally caning his would-be-assassin, to William Jennings Bryan’s pre-speech routine that combined equally prodigious quantities of prayer and food, to Ross Perot’s military-style campaign that made even volunteers wear badges with stars to show rank. It is a rollicking history of an American attitude that has shaped not only our current moment, but also the long struggle over who gets to define the truths we hold to be self-evident.