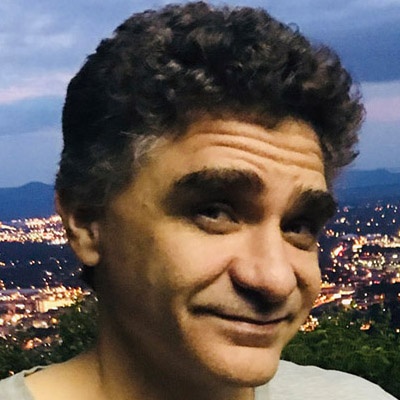 Carlos Hernandez has published more than thirty works for fiction, poetry, and drama, most notably a book of short stories for adults entitled The Assimilated Cuban’s Guide to Quantum Santeria. He is an English professor at City University of New York, and he loves to both play games and design them. Sal and Gabi Break the Universe (Rick Riordan Presents) is a brilliant sci-fi romp with Cuban influence that poses this question: What would you do if you had the power to reach through time and space and retrieve anything you want, including your mother, who is no longer living (in this universe, anyway)? Sal prides himself on being an excellent magician, but for this sleight of hand, he relied on a talent no one would guess . . . except maybe Gabi, whose sharp eyes never miss a trick. When Gabi learns that he’s capable of conjuring things much bigger than a chicken–including his dead mother–and she takes it all in stride, Sal knows that she is someone he can work with. There’s only one slight problem: their manipulation of time and space could put the entire universe at risk. A sassy entropy sweeper, a documentary about wedgies, a principal who wears a Venetian bauta mask, and heaping platefuls of Cuban food are just some of the delights that await in his mind-blowing novel gift-wrapped in love and laughter.