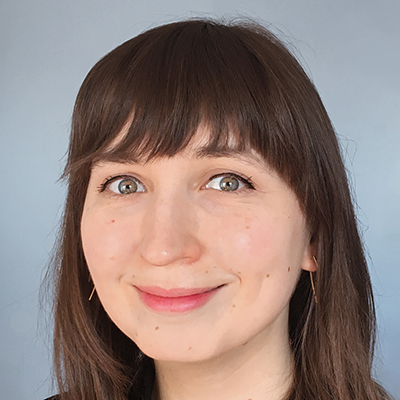 Carey Pietsch is a cartoonist based out of Brooklyn, New York. Her previous work includes drawing two arcs of Lumberjanes and the artwork for the Mages of Mystralia webcomic. The McElroy family – Clint, Griffin, Justin, and Travis — gained fame in the world of podcasts with My brother My brother and Me (which spawned a popular tv show), and the farcical romp called The Adventure Zone. Murder on the Rockport Limited is the second Adventure Zone graphic novel, following Here There Be Gerblins, both adapted from the McElroy family’s wildly popular a tabletop RPG comedy podcast with downloads numbering in the tens of millions and an army of passionately devoted fans. Murder on the Rockport Limited picks up the saga where Vol. I left off.  We rejoin hero-adjacent sort-of-comrades-in-arms Taako, Magnus, and Merle on a wild careen through a Dungeons & Dragons railroad murder mystery. This installment has a little of everything: a genius child detective, an ax-wielding professional wrestler, a surly wizard, cursed magical artifacts, and a pair of meat monsters —the usual things you find on a train. In reviewing Here There Be Gerblins, the previous installment, comicbook.com noted that the graphic novel did “a remarkable job in capturing the tone, humor, and banter that makes The Adventure Zone so popular. The comic isn’t just an adaptation of the story told in The Adventure Zone; it illustrates the McElroy family playing a D&D game in a unique (and hilarious) way.”