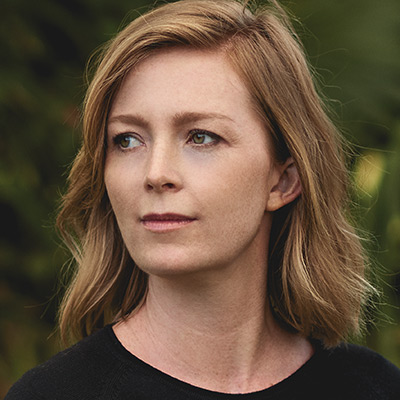 (Babst, C. Morgan) C. Morgan Babst studied writing at NOCCA, Yale, and N.Y.U. Her essays and short fiction have appeared in such journals as The Oxford American, Guernica, the Harvard Review,LitHub, the New Orleans Review, and her piece, ‘Death Is a Way to Be,’ was honored as a Notable Essay in Best American Essays 2016. She evacuated New Orleans one day before Hurricane Katrina made landfall. Her novel, The Floating World (Algonquin) is a dazzling debut about family, home, and grief, which takes readers into the heart of Hurricane Katrina with the story of the Boisdorés, whose roots stretch back nearly to the foundation of New Orleans. Cora, the family’s fragile elder daughter, refuses to leave the city, forcing her parents, Joe Boisdoré, an artist descended from a freed slave who became one of the city’s preeminent furniture makers, and his white “Uptown” wife, Dr. Tess Eshleman, to evacuate without her, setting off a chain of events that leaves their marriage in shambles and Cora catatonic–the victim or perpetrator of some violence mysterious even to herself.