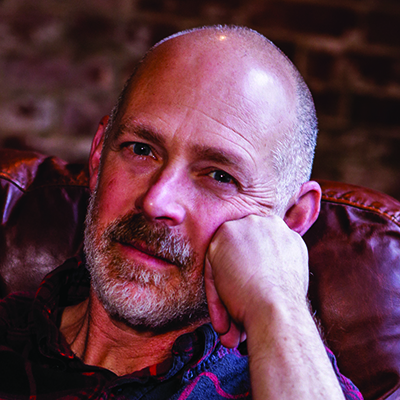 Brock Clarke is the author of four previous novels, including the bestselling An Arsonist’s Guide to Writers’ Homes in New England, as well as three collections of short stories. He teaches at Bowdoin College. Of his latest book, Who Are You, Calvin Bledsoe?: A Novel (Algonquin Books), author Ben Fountain writes, “Brock Clarke has given us a wonderful novel that bursts with all the meaty stuff of real life.” Calvin Bledsoe’s journey begins with the death of his mother. An expert on all things John Calvin, she had been the dominant force in her son’s existence, so much so that he never left home—even when he married—and, as a result, never grew up. At his mother’s funeral, Calvin is introduced to his aunt Beatrice, a woman he had not even known existed. Beatrice immediately makes it clear to Calvin that she is now in charge of his life, and the first thing she is going to do is whisk him off to Europe with her for a grand adventure. As Calvin and his aunt traverse the continent, it becomes apparent that her clandestine behavior is leading him into danger. Facing a menagerie of antiquities thieves, secret agents, religious fanatics, and an ex-wife who is stalking him, there’s little time for soul-searching, as Calvin has to figure out why he has been kidnapped, why his aunt has disappeared, and who the hell burned down his house in Maine.