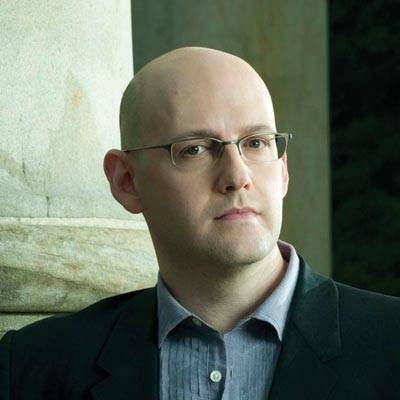 Brad Meltzer is the author of the The Inner Circle, The Book of Fate, and six other bestselling thrillers. His nonfiction books, Heroes for My Son and Heroes for My Daughter, were also  bestsellers. He is the host of the History Channel series Brad Meltzer’s Decoded and the Eisner Award-winning writer of Justice League of America. His latest biography for children in the bestselling inspirational series Ordinary People Change World is I Am Helen Keller (Dial Books) When Helen Keller was very young, she got a rare disease that made her deaf and blind. Suddenly, she couldn’t see or hear at all, and it was hard for her to communicate with anyone. But when she was six years old, she met someone who change her life forever: her teacher, Annie Sullivan. With Miss Sullivan’s help, Helen learned how to speak sign language and read Braille. Armed with the ability to express herself, Helen grew up to become a social activist, leading the fight for people with disabilities and so many other causes.

Meltzer’s latest installment in the Culper Ring Series is The President’s Shadow (Grand Central Publishing). To most, it looks like Beecher White has an ordinary job. A young staffer with the National Archives in Washington, D.C., he’s responsible for safekeeping the government’s most important documents . . . and, sometimes, its most closely held secrets. But there are a powerful few who know his other role. Beecher is a member of the Culper Ring, a 200-year-old secret society charged with protecting the Presidency. Now the current occupant of the White House needs the Culper Ring’s help. The alarming discovery of the buried arm has the President’s team in a rightful panic. Beecher’s investigation will take him back to one of our country’s greatest secrets and point him toward the long, carefully hidden truth about the most shocking history of all: family history.