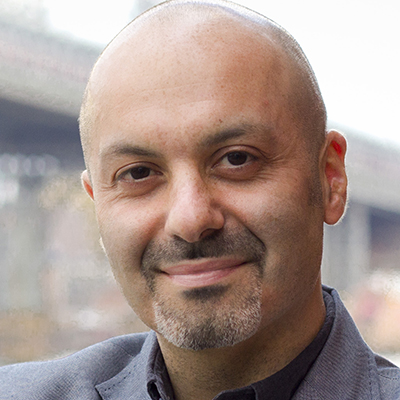 Boris Fishman was born in Minsk, Belarus, and emigrated to the United States in 1988. His work has appeared in the New Yorker, the New York Times Magazine, the New York Times Book Review, Travel + Leisure, the London Review of Books, New York magazine, the Wall Street Journal, and the Guardian, among other publications. He is the author of the novels A Replacement Life, and Don’t Let My Baby Do Rodeo. He teaches in Princeton University’s Creative Writing Program. He is the author of Savage Feast: Three Generations, Two Continents, and a Dinner Table (a Memoir with Recipes) (Harper). In Soviet Belarus, where Fishman was born, good food was often worth more than money. He describes the unlikely dish that brought his parents together and how years of Holocaust hunger left his grandmother so obsessed with bread that she always kept five loaves on hand. These spoils kept Boris’ family—Jews who lived under threat of discrimination and violence—provided-for and protected. Despite its abundance, food becomes even more important in America, which Boris’ family reaches after an emigration through Vienna and Rome filled with marvel, despair, and bratwurst. How to remain connected to one’s roots while shedding their trauma? His quest takes him to a farm in the Hudson River Valley, the kitchen of a Russian restaurant on the Lower East Side, a Native American reservation in South Dakota, and back to Brooklyn. Savage Feast is Boris’ tribute to food, that secret passage to an intimate conversation about identity, belonging, family, displacement, and love.