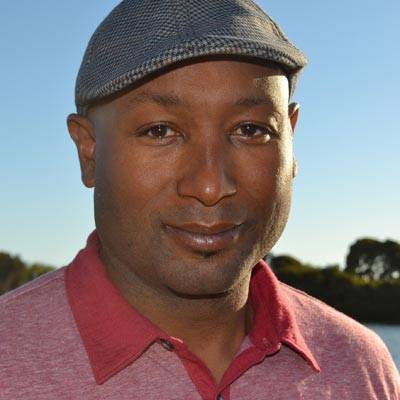 T. Geronimo Johnson received his MFA from the Iowa Writers’ Workshop and his M.A. in Language, Literacy, and Culture from UC Berkeley. He has taught writing and held fellowships—including a Stegner Fellowship and an Iowa Arts Fellowship—at ASU, Iowa, Berkeley, Western Michigan University and Stanford. He is also a curriculum designer for Bay Area non-profits and director of the UC Berkeley Summer Creative Writing Program. His fiction and poetry have appeared in Best New American Voices, the Indiana Review, the LA Review, and Illuminations, among others. His first novel Hold it ‘Til it Hurts was a finalist for the 2013 PEN/Faulkner Award for fiction. He is currently a visiting professor at the Iowa Writers’ Workshop. Johnson’s latest novel, Welcome to Braggsville (William Morrow), long-listed for a National Book Award in fiction, is a dark and socially provocative southern-fried comedy about four liberal UC Berkeley students who stage a mock lynching during a Civil War reenactment.

Their journey through backwoods churches, backroom politics, Waffle Houses, and drunken family barbecues is uproarious to start, but will have devastating consequences. The Washington Post calls it, “The most dazzling, most unsettling, most oh-my-God-listen-up novel you’ll read this year.”