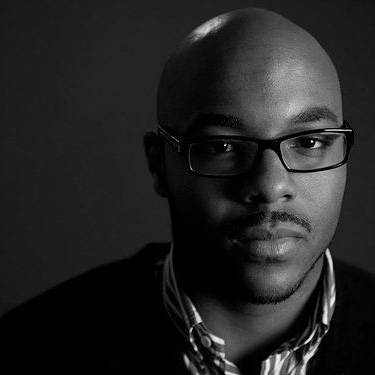 Nate Marshall is from the South Side of Chicago. His first book, Wild Hundreds (University of Pittsburgh Press), won the Agnes Lynch Starrett Prize. He is an editor of The BreakBeat Poets: New American Poetry in the Age of Hip-Hop (Haymarket Books). His rap album, Grown, came out in 2015 with his group Daily Lyrical Product. He formerly served as a Zell Postgraduate Fellow at the University of Michigan, where he received his MFA. A Cave Canem Fellow, his work has appeared in Poetry Magazine, Indiana Review, The New Republic and elsewhere. He was the star of the award-winning full-length documentary Louder than A Bomb, and has been featured on the HBO Original Series Brave New Voices. Nate won the 2014 Hurston/Wright Founding Members Award and the 2013 Gwendolyn Brooks Open Mic Award. He won a 2015 Ruth Lilly/Dorothy Sargent Rosenberg Poetry Fellowship. He is a Visiting Assistant Professor at Wabash College.