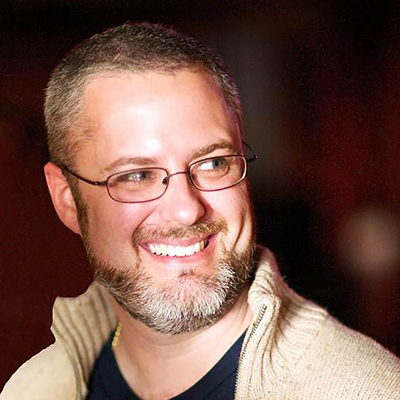 Robert Venditti is the author of numerous comics and graphic novels. He has written the monthly adventures of Green Lantern and the Flash, as well as the graphic novelizations for the Percy Jackson and the Olympians and Heroes of Olympus series. Rise of the Robot Army (Simon and Schuster Books for Young Readers) is the second book in the Miles Taylor and the Golden Cape series, about an eighth grader who finds himself unexpectedly thrust into the role of real-life superhero. After a summer of fighting crime, Miles Taylor may be in the eighth grade now and have a secret identity as Gilded, the world’s only superhero, but that doesn’t protect him from bullying. Miles starts spending more and more time as Gilded, neglecting his schoolwork and his friends. It’s not long before his bad attitude lands him in a military compound, at the mercy of the power-crazed General Breckenridge. When the General steals the golden cape, Miles finds himself with no superpowers…and no hope of escape. On the verge of losing everything—and everyone—he cares about, Miles must discover the hero within himself before the General puts his evil plans into action.