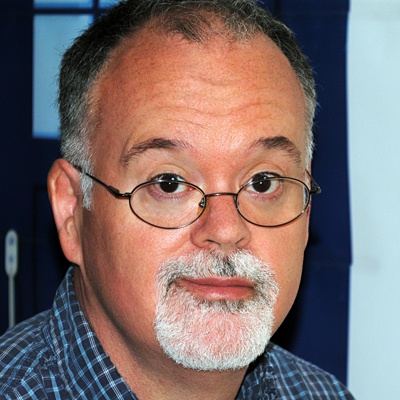 Eddie Pittman has been a professional cartoonist for 25 years, working in, comics, humorous illustration, and animated feature films, such as Disney’s Mulan, Tarzan, and Lilo & Stitch. He was also a writer and story artist for Disney’s hit series, Phineas and Ferb, where he made the jump into voice acting for Phineas and Ferb: Star Wars. Pittman’s latest book, Red’s Planet (Harry N. Abrams), an intergalactic graphic novel fantasy series, is a nonstop adventure with a unique cast of characters. Meet Red, a headstrong 10-year-old who longs to live in her own paradise far from her annoying foster family. But when a UFO mistakenly kidnaps her, Red finds herself farther away than she could have possibly imagined—across the galaxy and aboard an spaceship owned by the Aquilari, an ancient creature with a taste for rare and unusual treasures. Before Red can be discovered as a stowaway, the ship crashes on a deserted planet, leaving her marooned with a menagerie of misfit aliens. With her newfound friend, a small gray alien named Tawee, Red must find a way to survive the hostile castaways, evade the wildlife, and contend with Goose, the planet’s grumpy, felinoid custodian.