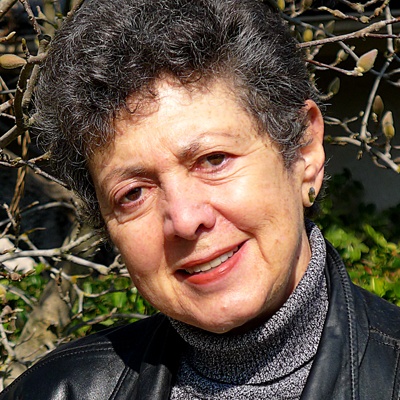 Lillian Faderman is an internationally known scholar of lesbian history and literature, as well as ethnic history and literature. Among her many honors are six Lambda Literary Awards, two American Library Association Awards, and several lifetime achievement awards for scholarship. She is the author of The Gay Revolution and the New York Times Notable Books, Surpassing the Love of Men and Odd Girls and Twilight Lovers. The Gay Revolution: The Story of the Struggle (Simon & Schuster) tells the sweeping story of the modern struggle for gay, lesbian, and trans rights—from the 1950s to the present—based on amazing interviews with politicians, military figures, legal activists, and members of the entire LGBT community who face these challenges every day. The Washington Post writes, “This is the history of the gay and lesbian movement that we’ve been waiting for: compulsively readable, carefully anchored in the historical record, overflowing with riveting stories, human peculiarities and thoughtful analysis of the messy political contradictions that dogged this untidy movement.”