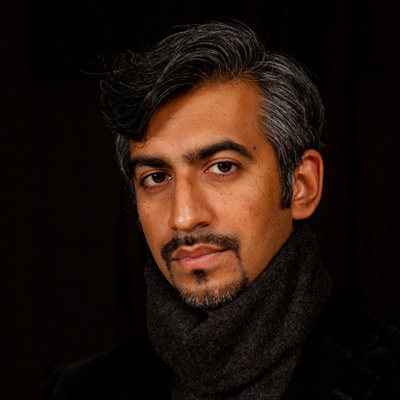 Ali Eteraz is the author of the coming-of-age memoir Children of Dust  and the surrealist short story collection Falsipedies & Fibsiennes. Eteraz’s short fiction has appeared in the Chicago Quarterly Review, storySouth, and Crossborder, and his nonfiction has been highlighted by NPR, the New York Times, and the Guardian. His much-anticipated debut novel is Native Believer (Akashic), the story of M., a supportive husband, adventureless dandy, lapsed believer, and second-generation immigrant who wants nothing more than to host parties and bring children into the world as full-fledged Americans. As M.’s life gradually fragments around him, he spins out into the pulsating underbelly of Philadelphia, where he encounters others grappling with fallout from the War on Terror.