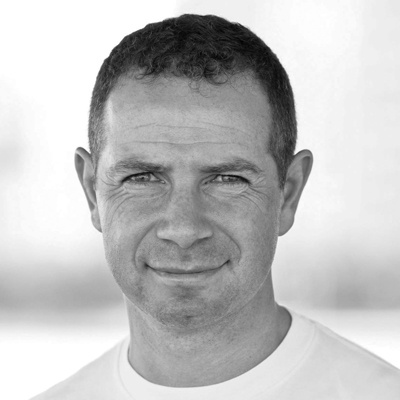 Elisha Cooper is the author of many children’s books, including Train, Farm, Homer, and 8: An Animal Alphabet. His book Beach received a Society of Illustrators Gold Medal in 2006 and Dance! was a 2001 New York Times Best Illustrated Book of the Year. He was awarded a Sendak Fellowship in 2016. Cooper’s books for adults include A Year in New York and the memoir Crawling: A Father’s First Year. Cooper spent his mornings creating children’s books and his afternoons playing with his two daughters. When Cooper discovered a lump in his five-year-old daughter’s midsection, everything changed. In Falling: A Daughter, A Father, and A Journey Back (Penguin Random House), Cooper tries to understand his new world—how it changes art and language and laughter—as he holds on to the protective love he feels for his child.