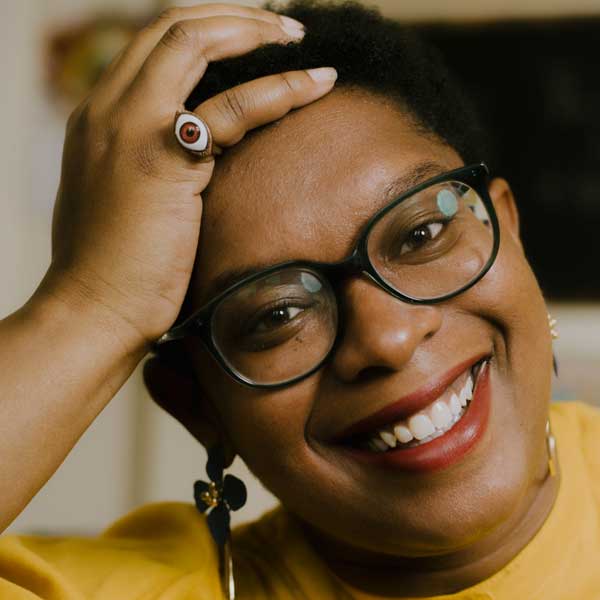 Ashley C. Ford is a writer, host, and educator. She is the former host of The Chronicles of Now podcast and the co-host of the HBO companion podcast Lovecraft Country Radio, the video interview series Profile at BuzzFeed News, and the Brooklyn-based news and culture TV show, 112BK. She was also the host of the first season of Audible’s literary interview series, Authorized. In her powerful debut work Somebody’s Daughter: A Memoir (Flatiron Books: An Oprah Book), she shares the story of a childhood defined by the looming absence of her incarcerated father. Through poverty, adolescence, and a fraught relationship with her mother, Ford often wished she could turn to him for hope and encouragement. But he was in prison and she didn’t know what he did to get there. In her search for unconditional love, she embarked on an ultimately violent relationship. Reeling in the aftermath of a rape – something she kept hidden from her family – Ford desperately searched for meaning in her chaos. Then, her grandmother revealed the truth about her father’s incarceration, and it turned Ashley’s world upside down. Publishers Weekly called the book an astounding and “remarkable, heart-wrenching story of loss, hardship, and self-acceptance.”