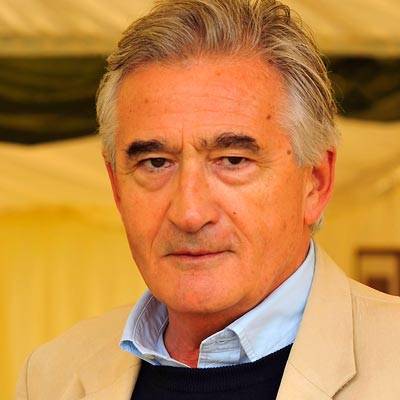 Prizewinning historian Antony Beevor is the bestselling author of D-Day: The Battle for Normandy, which received the Royal United Services’ Institute Westminster Medal; The Battle for Spain, which received the La Vanguardia Prize; Paris After the Liberation 1944–1949; Stalingrad, winner of the Samuel Johnson Prize, the Wolfson Prize for History, and the Hawthornden Prize for Literature; and The Fall of Berlin 1945, which received the first Longman-History Today Trustees’ Award. He is the recipient of the 2014 Pritzker Military Museum & Library Literature Award for Lifetime Achievement in Military Writing. His latest book is Ardennes 1944: The Battle of the Bulge (Viking). In this deeply researched work, with striking insights into the major players on both sides, Beevor gives us the definitive account of the Ardennes offensive which was to become the greatest battle of World War II.