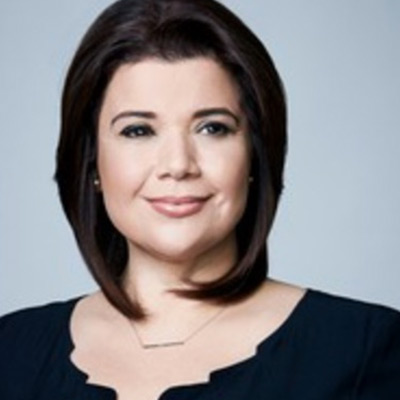 (Navarro, Ana) Ana Navarro is one of the leading Hispanic Republican political voices in the United States. Navarro was born in Nicaragua and immigrated to the United States in 1980 when she was eight. Currently, she is a political commentator on CNN, ABC, and Telemundo. Navarro frequently comments on political issues and current affairs in national and international print media. A Republican strategist with vast expertise on Latin American, Florida and Hispanic issues, Navarro is known for her honest and blunt commentary and speaking truth to power, often with humor. She served in Gov. Jeb Bush’s Transition Team and Administration. In 2001, she served as Ambassador to the United Nations Human Rights Commission. In the private sector, she provides strategic political and communications advice to private and public clients. She was the National Hispanic Co-Chair for John McCain’s 2008 Presidential Campaign. She has advised numerous Federal and State campaigns in Florida and nationally. In 2012, Navarro served as National Hispanic Co-Chair for Gov. Jon Huntsman’s Presidential Campaign. In 2013, she was a Fellow at Harvard’s Institute of Politics. Navarro lives in Miami, Florida with a “high-maintenance Hispanic man.” She has no children or pets, and her plants tend to shrivel and die. She has no hobbies or activities that require significant attention span or physical exertion.