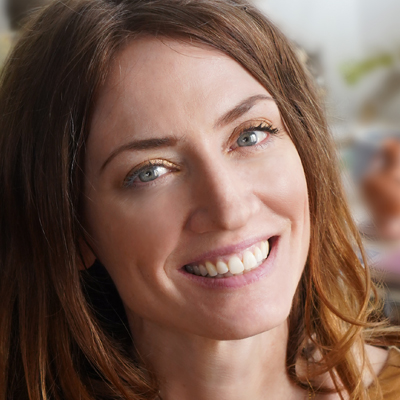 Amanda Yates Garcia is a writer, artist, professional witch, and the Oracle of Los Angeles. Her work has been featured in The Millions, The LA Times, Time Out, LA Weekly, GOOP, Glamour, The London Times, CNN, Salon, as well as a viral appearance on Tucker Carlson Tonight. She has led classes and workshops on magic and witchcraft at many institutions and venues including UCLA, UC Irvine, MOCA Los Angeles, The Hammer Museum, LACMA, and The Getty. She is also the co-host of the popular Strange Magic podcast. Initiated (Grand Central Publishing), Amanda Yates Garcia’s debut as author, is both a memoir and a manifesto. An initiation signals a beginning: a door opens and you step through. Traditional Wiccan initiates are usually brought into the craft through a ceremony with a High Priestess. But while her mother, a practicing witch herself, initiated her into the earth-centered practice of witchcraft when she was 13 years old, but Yates Garcia ‘s real life as a witch only began after undergoing a series of spontaneous initiations of her own. Initiated describes her journey, the descent into the underworlds of poverty, sex work, and misogyny before returning to her body, harnessing her power, and creating the magical world she longed for through witchcraft. Peppered with mythology, tales of the goddesses and magical women throughout history, Initiated stands squarely at the intersection of witchcraft and feminism. Author Francesca Lia Block found in it “Mythic journeys to the underworld, goddesses, ecstasies, fairy tales, ghosts, love, sex, female empowerment, challenging the patriarchy: Initiated is full of my favorite things, told with savage grace [ …]. This book will change your life.”