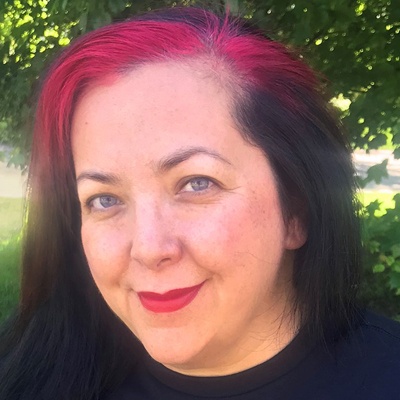 Alexandra Villasante has a BFA in Painting and an MA in Combined Media (that’s art school speak for making work out of anything). She was born in New Jersey to immigrant parents. The Grief Keeper (G.P. Putnam’s Sons), Alexandra Villafante’s debut in Young Adult fiction, tells the story of seventeen-year-old Marisol, who always dreamed of being American and learned what Americans and the US are like from television and from Mrs. Rosen, an elderly expat who had employed Marisol’s mother as a maid. Not surprisingly then, when dreaming about her American life, she dreamed of a life like those of the title characters of her favorite American TV show. She never pictured fleeing her home in El Salvador under threat of death and stealing across the US border as “an illegal.” But after her brother is murdered and her younger sister Gabi’s life is in jeopardy, she and Gabi attempt to cross the border and get caught. Realizing that their asylum request will most certainly be denied and no other options are available, Marisol jumps at an unusual opportunity to stay in the United States. She becomes a US Government psychological test subject in an experimental study on how to take on another person’s shame, regret, anxiety, and grief. She becomes a grief keeper. It’s a risky move, but Marisol will risk anything, including falling in love and facing her own crushing grief. The Grief Keeper is a tender tale that explores the heartbreak and consequences of when both love and human beings are branded illegal. Publisher’s Weekly called it “[An] engrossing debut. . . Villasante builds her novel about undocumented immigrants into a suspenseful story with credible relationships, satisfying character development, and elements of science fiction.” —