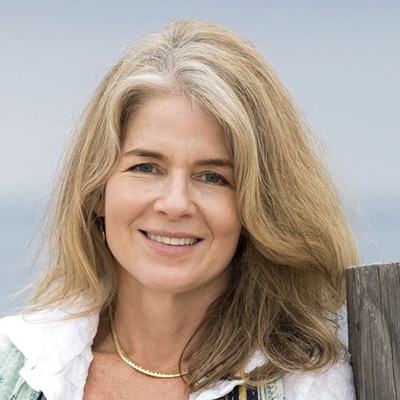 Adrienne Brodeur began her career in publishing as the co-founder, with filmmaker Francis Ford Coppola, of the National Magazine Award-winning Zoetrope: All-Story. She has worked as a book editor and is currently the executive director of Aspen Words. Wild Game: My Mother, Her Lover, and Me (Houghton Mifflin Harcourt) is a daughter’s tale of living in the thrall of her magnetic, complicated mother, and the chilling consequences of her complicity. On a hot July night on Cape Cod when Adrienne was fourteen, her mother, Malabar, woke her at midnight with five simple words that would set the course of both of their lives for years to come: Ben Souther just kissed me. Adrienne instantly became her mother’s confidante and helpmate, blossoming in the sudden light of her attention, and from then on, Malabar came to rely on her daughter to help orchestrate what would become an epic affair with her husband’s closest friend. The affair would have calamitous consequences for everyone involved. Only years later will she find the strength to embrace her life—and her mother—on her own terms.