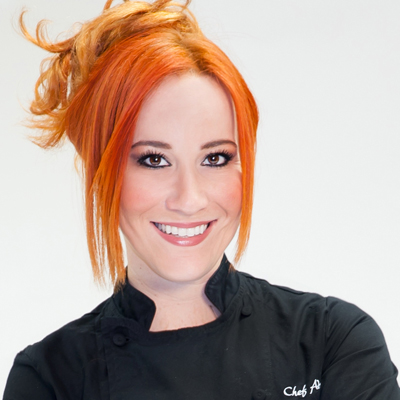 As Executive Chef and Owner of Chef Adrianne’s Vineyard Restaurant and Wine Bar, author, and television personality Adrianne Calvo has built her career on the foundation of creating Maximum Flavor. Calvo is the author of four cookbooks: Maximum Flavor, Chef Adrianne: Driven by Flavor Fueled by Fire, #MaximumFlavorSocial, and Play with Fire. Born in Chicago and raised in Miami to Cuban parents, Calvo is the winner of numerous culinary competitions and the recipient of awards from around the world. Opening in 2007, Chef Adrianne’s Vineyard Restaurant and Wine Bar has been named one of the Top 50 Miami Restaurants, according to Yelp, Miami New Times’ Readers’ Choice 2016 “Best Restaurant” and 2016 “Best Chef,” as well as Thrillist “Best Restaurants in Miami Right Now.” After losing her sister to cancer in 2006, Calvo started the Make It Count foundation which benefits children suffering from cancer. Yearly, she sponsors events for St. Jude’s Children’s Research Hospital, the Susan G. Komen Foundation, and the American Cancer Society. Named the Panda Kitchen Ambassador, Calvo appears as the guest chef on NBC, 6 in the Mix on Thursday afternoons.