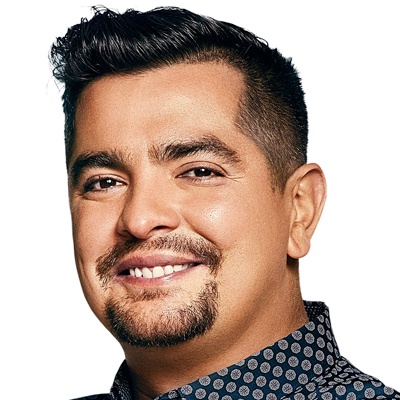 Aarón Sánchez is an award-winning chef, TV personality, cookbook author, and philanthropist. He is the costar of the hit series MasterChef and MasterChef Jr. and has starred and guest-starred on many television series on Food Network and Cooking Channel. As he tells it in his memoir Where I Come From: Life Lessons from a Latino Chef (Abrams Press) before rose to fame on shows like MasterChef and  Chopped, Chef Aarón Sánchez, who lost his father at a young age, was a restless Mexican-American  kid raised by her mother, Zarela, a fiercely determined and talented woman who was a successful chef and restaurateur in her own right. Zarela is credited with bringing Mexican cuisine to the New York City dining scene. Aarón spent nights as a child in his family’s dining room surrounded by some of the most influential chefs and restaurateurs in New York. At 16, needing direction, he was sent by his mother to work for renowned chef Paul Prudhomme in New Orleans. Where I Come From, is a highly personal account of a fatherless Latino kid whose talent and passion took him to the top of his profession. Chef Emeril Lagasse called Where I Come From “more than a memoir, it is a true testament to Aarón’s  passion,  infectious energy, and humility. […] As Aarón shares his life experiences, he demonstrates a deep commitment to craft, culture, family, and personal growth that is truly inspiring. This captivating book reminds us that food is dynamic, a form of cultural currency only truly appreciated when shared.”