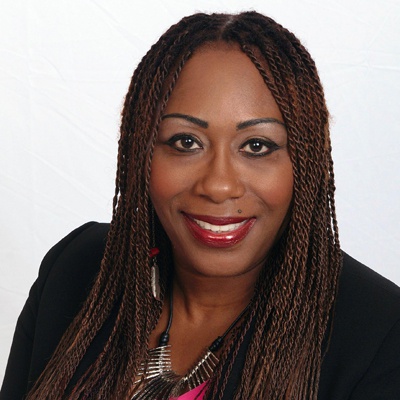 Dr. Donna Aza Weir-Soley was born in St. Catherine, Jamaica and migrated to the United States at the age of 17. She attended high school in both Jamaica and New York, and received her diploma from Andrew Jackson High School in Queens, New York. She graduated summa cum laude from the City University of New York, Hunter College. Weir-Soley was a Mellon Minority Undergraduate Fellow at the Oxford Center for African Studies at Jesus College, Oxford University in the summer of 1989. She received the Andrew Mellon Graduate Fellowship in the Humanities in 1990 to attend the school of her choice, the University of California, Berkeley. Dr. Weir-Soley graduated from Berkeley with an MA in English with a special emphasis in Creative Writing in 1993, and a Ph.D. in English Literary Studies in 2000. She is currently an Associate Professor of English, African & African Diaspora Studies and Women’s Studies at Florida International University. Professor Weir-Soley won a Woodrow Wilson Fellowship in 2004-2005 to complete her scholarly work, Eroticism Spirituality and Resistance in Black Women’s Writings. It was published by the University Press of Florida in 2009. However, her first love is poetry and her poetry collection, First Rain, was published in 2006 by Peepal Tree Press in the United Kingdom. She later undertook the monumental task (with fellow writer Opal Palmer Adisa) of putting together an anthology of Caribbean writings. Caribbean Erotic was published by Peepal Tree Press in 2010, and includes poetry, fiction and essays from 62 writers from the Anglophone, Hispanophone and Francophone Caribbean islands, and from various Caribbean diasporas including Canada, the United Kingdom and the United States of America. Her latest publication, The Woman Who Knew, is a book of poetry, published by Finishing Line Press.