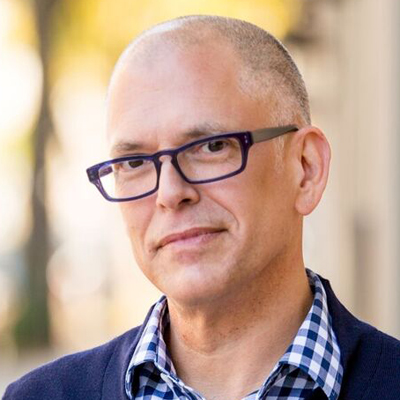 Jim Obergefell was the named plaintiff in the landmark Supreme Court marriage equality case Obergefell v. Hodges.  He was named by Politico as one of the 50 top visionaries of 2015, and is the first recipient of the Ohio Democratic Party’s Obergefell-Arthur Progressive Hero Award. Foreign Policy magazine named him one of its 2015 Global Thinkers, and Out magazine named him to its 2015 Out 100 list. Obergefell has been honored with awards from organizations such as SAGE, Equality Florida, Equality North Carolina, the ACLU of Southern California, Cleveland Stonewall Democrats, The International Court Council, and the National Gay and Lesbian Chamber of Commerce. Obergefell is the co-author (with Debbie Cenziper) of Love Wins: The Lovers and Lawyers Who Fought the Landmark Case for Marriage Equality (William Morrow). In June 2015, the Supreme Court made same-sex marriage the law in all fifty states in a decision as groundbreaking as Roe v Wade and Brown v Board of Education. Through insider accounts and access to key players, this definitive account reveals the dramatic and previously unreported events behind Obergefell v Hodges and the lives at its center. This is a story of law and love—and a promise made to a dying man who wanted to know how he would be remembered.