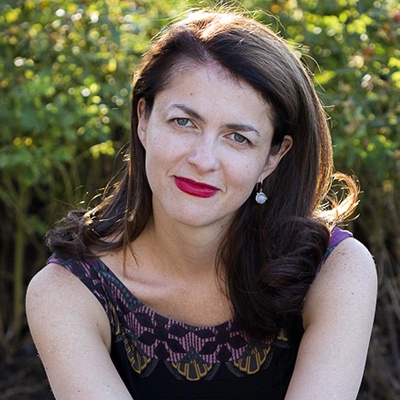 Irina Reyn is the author of What Happened to Anna K: A Novel. She is also the editor of the anthology Living on the Edge of the World: New Jersey Writers Take on the Garden State. She has reviewed books for the Los Angeles Times, San Francisco Chronicle, Pittsburgh Post-Gazette, Minneapolis Star-Tribune, The Forward, and other publications. Her fiction and nonfiction has appeared in One Story, Tin House, Town & Country Travel and Poets & Writers. She teaches fiction writing at the University of Pittsburgh. In her latest novel, The Imperial Wife (Thomas Dunne Books), Tanya Kagan, a rising specialist in Russian art at a top New York auction house, is trying to entice Russia’s wealthy oligarchs to bid on the biggest sale of her career, The Order of Saint Catherine, while making sense of the sudden and unexplained departure of her husband. As questions arise over the provenance of the Order and auction fever kicks in, Reyn takes us into the world of Catherine the Great, the infamous 18th-century empress who may have owned the priceless artifact, and who it turns out faced many of the same issues Tanya wrestles with in her own life.