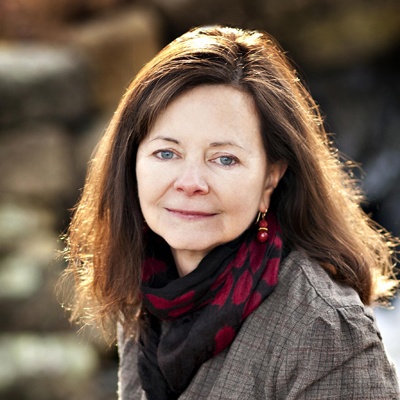 With more than two million copies of her novels sold, New York Times bestselling author Geraldine Brooks has achieved both popular and critical acclaim. The multi-award winning journalist and author was born in Australia and grew up in Sydney.  She worked as a reporter for The Sydney Morning Herald and the Wall Street Journal, where she covered crises in the Mideast, Africa, and the Balkans. Her non-fiction books are Nine Parts of Desire, her memoir, Foreign Correspondence, and The Idea of Home: Boyer Lectures 2011 . Brooks is the author of five novels, the Pulitzer Prize–winning March and the international bestsellers Caleb’s Crossing, People of the Book, and Year of Wonders. Caleb’s Crossing was the winner of the New England Book Award for Fiction and the Christianity Today Book Award, and was a finalist for the Langum Prize in American Historical Fiction. In 2010 she received the Dayton Literary Peace Prize for Lifetime Achievement. In The Secret Chord (Viking), Brooks takes on one of literature’s richest and most enigmatic figures, King David, a man who shimmers between history and legend. Peeling away the myth to bring David to life in Second Iron Age Israel, Brooks traces the arc of his journey from obscurity to fame, from shepherd to soldier, from hero to traitor, from beloved king to murderous despot and into his remorseful and diminished dotage. The Boston Globe writes, “With sensory acuity and a deep and complex understanding of emotional states, she conjures up the way we lived then . . . Brooks has humanized the king and cleverly added a modern perspective to our understanding of him. . .[Her] vision of the biblical world is enrapturing.”