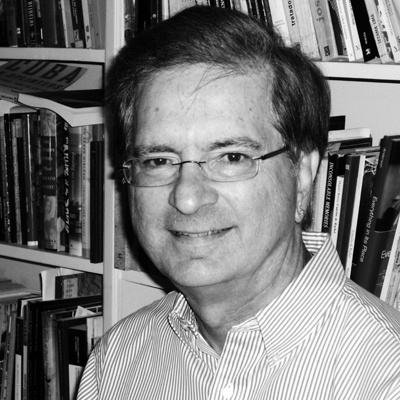 Dr. Gustavo Pérez Firmat was born in Havana, Cuba, and raised in Miami, Florida. He was educated at Miami-Dade Community College, The University of Miami, and The University of Michigan, where he earned a Ph.D. in Comparative Literature. He is currently the David Feinson Professor in the Humanities at Columbia University. Pérez Firmat has been the recipient of fellowships from the John Simon Guggenheim Foundation, the National Endowment for the Humanities, the American Council of Learned Societies, and the Mellon Foundation. In 2004 he was elected to the American Academy of Arts and Sciences.A writer and scholar, he is the author of more than a dozen books including Life on the Hyphen, Next Year in Cuba, Scar Tissue, and  The Havana Habit. Intimacy, or its absence, forms the central subject of the poems in The Last Exile (Finishing Line Press), where the author, having grown up in exile, reflects on what it means to grow old in exile. Envious of those who have moved on, but unwilling to do so himself, “the last exile” of the title is a modern-day Noah, who refuses dry land.
Escritor cubanoamericano. Es autor de libros de crítica y de creación, entre ellos, The Last Exile (2016), A Cuban in Mayberry (2014), The Havana Habit (2010), Scar Tissue (2005), Tongue Ties (2003), Vidas en vilo (2000), Next Year in Cuba (1995), Life on the Hyphen (1994), The Cuban Condition (1989), Equivocaciones (1987). Ocupa la cátedra David Feinson de Humanidades en Columbia University en Nueva York. En 2016 Hypermedia publicó una edición ampliada y actualizada de Cincuenta lecciones de exilio y desexilio. Su página web: www.gustavoperezfirmat.com