In Min Jin Lee‘s bestselling novel, Pachinko, four generations of a poor Korean immigrant family fight to control their destiny in 20th-century Japan, exiled from a home they never knew. Set in St. Petersburg on the eve of the Russian Revolution, Janet Fitch’s latest novel, The Revolution of Marina M., depicts a young woman of privilege who aches to break free of the constraints of her genteel life—a life which will be violently upended by the vast forces of history. The Tea Girl of Hummingbird Lane, a thrilling new novel from bestselling author Lisa See, explores the lives of a Chinese mother and her daughter who has been adopted by an American couple. 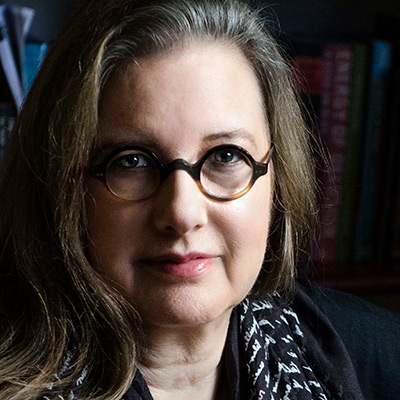 Janet Fitch
(Fitch, Janet) Janet Fitch's first novel, White Oleander, a #1 bestseller and Oprah's Book Club selection, has been translated into twenty-four languages and was made into a feature film. Her novel Paint It Black hit bestseller lists across the country and has also been made into a film. Fitch’s latest novel, The Revolution of Marina M. (Little, Brown and Company), is set in St. Petersburg on the eve of the Russian Revolution. A young woman of privilege who aches to break free of the constraints of her genteel life, which will be violently upended by the vast forces of history. Swept up on these tides, she will join the marches for workers' rights, fall in love with a radical young poet, and betray everything she holds dear, before being betrayed in turn. 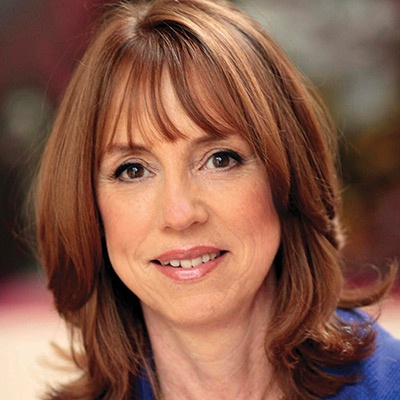 Lisa See
(See, Lisa) Lisa See is the New York Times bestselling author of Snow Flower and the Secret Fan, Peony in Love, Shanghai Girls, China Dolls, and Dreams of Joy. She is also the author of On Gold Mountain, which tells the story of her Chinese American family’s settlement in Los Angeles. See was honored as National Woman of the Year by the Organization of Chinese American Women in 2001 and was the recipient of the Chinese American Museum’s History Makers Award in fall 2003. The Tea Girl of Hummingbird Lane (Scribner), a thrilling new novel from bestselling author Lisa See, explores the lives of a Chinese mother and her daughter who has been adopted by an American couple. In a remote Yunnan village, the stranger finds the rare tea he has been seeking and a reticent Akha people. Li-yan, one of the few educated girls on her mountain, translates for the stranger and is among the first to reject the rules that have shaped her existence. When she has a baby outside of wedlock, rather than stand by tradition, she wraps her daughter in a blanket, with a tea cake hidden in her swaddling, and abandons her in the nearest city. After mother and daughter have gone their separate ways, Li-yan slowly emerges from the security and insularity of her village to encounter modern life while Haley grows up a privileged and well-loved California girl. Despite Haley’s happy home life, she wonders about her origins; and Li-yan longs for her lost daughter. They both search for and find answers in the tea that has shaped their family’s destiny for generations. A powerful story about a family, separated by circumstances, culture, and distance, Tea Girl of Hummingbird Lane paints an unforgettable portrait of a little-known region of China and its people, and celebrates the bond that connects mothers and daughters. 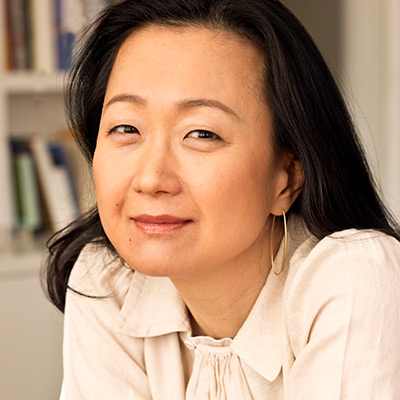 Min Jin Lee
Min Jin Lee's debut novel, Free Food for Millionaires, was one of the "Top 10 Novels of the Year" for The Times (London), NPR's Fresh Air, and USA Today. Her short fiction has been featured on NPR's Selected Shorts. Her writings have appeared in Condé Nast Traveler, The Times (London), Vogue, Travel+Leisure, Wall Street Journal, New York Times Magazine, and Food & Wine. Her essays and literary criticism have been anthologized widely. She served as a columnist for the Chosun Ilbo, the leading paper of South Korea. In her latest bestselling novel, nominated for the National Book Award in fiction, Pachinko (Grand Central Publishing), four generations of a poor Korean immigrant family fight to control their destiny in 20th-century Japan, exiled from a home they never knew. Richly told and profoundly moving, Pachinko is a story of love, sacrifice, ambition, and loyalty. From bustling street markets to the halls of Japan's finest universities to the pachinko parlors of the criminal underworld, Lee's complex and passionate characters—strong , stubborn women, devoted sisters and sons, fathers shaken by moral crisis—survive and thrive against the indifferent arc of history.