An Evening with Dr. Jill Biden in Conversation with Dr. Eduardo J. Padrón 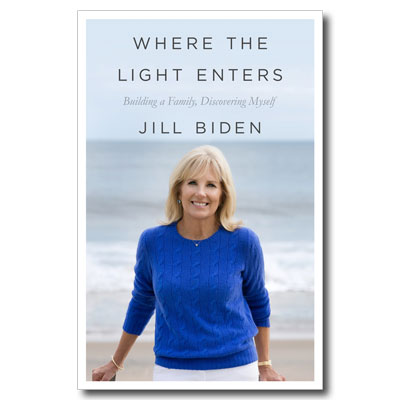 An intimate look at the love that built the Biden family and the delicate balancing act of the woman at its center
“This generous and inspiring portrait of the Biden family is sure to be widely welcomed and enjoyed.”
—Publishers Weekly

WHERE THE LIGHT ENTERS: Building a Family, Discovering Myself, is an intimate look at the love that built the Biden family and the delicate balancing act of the woman at its center. Kirkus calls the book “poignant” and goes on to praise the book for its “sincere and uplifting stories of being a mother, a wife, and a career woman while juggling the responsibilities of being the vice president’s wife.” Publishers Weekly joins in: “This generous and inspiring portrait of the Biden family is sure to be widely welcomed and enjoyed.”

“How did you get this number?” Those were the first words Jill Biden spoke to U.S. senator Joe Biden when he called her out of the blue to ask her on a date.

Growing up, Jill had wanted two things: a marriage like her parents’—strong, loving, and full of laughter—and a career. An early heartbreak had left her uncertain about love, until she met Joe. But as they grew closer, Jill faced difficult questions: How would politics shape her family and professional life? And was she ready to become a mother to Joe’s two young sons?

She soon found herself falling in love with her three “boys,” learning to balance life as a mother, wife, educator, and political spouse. Through the challenges of public scrutiny, complicated family dynamics, and personal losses, she grew alongside her family, and she extended the family circle at every turn: with her students, military families, friends and staff at the White House, and more.

WHERE THE LIGHT ENTERS is the story of how Jill built a family—and a life—of her own. From the pranks she played to keep everyone laughing to the traditions she formed that would carry them through tragedy, hers is the spirited journey of a woman embracing many roles. It is a candid, heartwarming glimpse into the creation of a beloved American family, and the life of a woman at its center.

Jill Biden is a community college professor and served as Second Lady of the United States from 2009 to 2017. During the Obama-Biden administration, she advocated for military families, community colleges, the fight against cancer, and the education of women and girls around the world. She continues this work today through the Biden Foundation, the Biden Cancer Initiative, and the Beau Biden Foundation for the Protection of Children. Dr. Biden is married to Vice President Joe Biden. 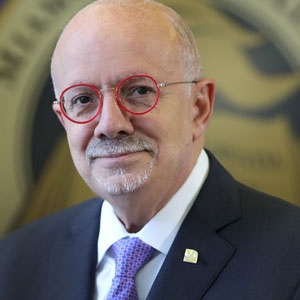 An American by choice, Eduardo Padrón arrived in the United States as a refugee at age 15. Since 1995, he has served as President of Miami Dade College, a national model of student achievement and the largest institution of higher education in America, with more than 165,000 students.

An economist by training, Dr. Padrón earned his Ph.D. from the University of Florida. In 2009, Time magazine included him among the “10 Best College Presidents” in the United States; in 2010, Florida Trend magazine named him “Floridian of the Year”; and in 2011, The Washington Post recognized him as one of the eight most influential college presidents in the country. In addition, the Carnegie Corporation of New York granted him its prestigious Centennial Academic Leadership Award; he is the first college president to receive the National Citizen Service Award from Voices for National Service; he has been named an Ascend Fellow by the Aspen Institute; and he is the recipient of the Hesburgh Award, the highest honor in U.S. higher education. In 2016, President Barack Obama awarded him the Presidential Medal of Freedom for being a national voice for access and inclusion in higher education.

During his career, Dr. Padrón has been selected to serve on posts of national prominence by six American Presidents. He currently chairs the White House Commission on Educational Excellence for Hispanics. His energetic leadership extends to many of the nation’s leading organizations. He is former chair of the Board of Directors of the American Council on Education and the Association of American Colleges and Universities.

Dr. Padrón is widely recognized as one of the top educational leaders in the world. He presently chairs the Business/Higher Education Forum and serves on the boards of RC-2020, the White House Fellows Selection Panel (chair), and the International Association of University Presidents, Achieving the Dream, and the National Young Arts Foundation. He has held leadership positions on the American Academy of Arts & Sciences/Humanities Commission and on the boards of the Carnegie Foundation for the Advancement of Teaching, the Hispanic Association of Colleges & Universities (chair), the Kennedy Center for the Performing Arts, Campus Compact, and the Congressional Hispanic Caucus Institute. He is also a past Board Chair of the Federal Reserve Bank of Atlanta, Miami Branch.

President Padrón’s transformational accomplishments at Miami Dade College have been acknowledged by the national media, including The New York Times, NBC Nightly News, Time magazine, The Wall Street Journal, CNN and The Chronicle of Higher Education. He has received some of the most prestigious awards in and out of academia and more than 15 honorary doctorates from leading universities such as Rollins, Princeton and Brown. He is also the recipient of highest honors by the governments of foreign nations, including France, which named him Commandeur in the Ordre des Palms Académiques; Argentina, which awarded him the Order of San Martin; and Spain, whose King Juan Carlos II bestowed upon him the Order of Queen Isabella.

Tickets available now!
The purchase of this ticket grants admission for you and one (1) guest as well as one (1) copy of Jill Biden’s book “Where the Light Enters”. Please be aware there is limited seating so, it is best to arrive early.