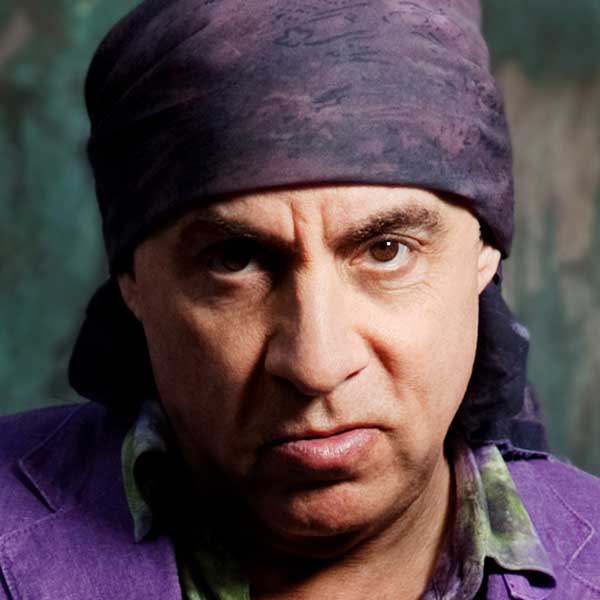 Stevie Van Zandt is a musician, songwriter, actor, radio host, and activist. He is best known as the guitarist of Bruce Springsteen’s E Street Band and the lead member of Little Steven and the Disciples of Soul. He is also known for his acting work, most notably in The Sopranos and Lilyhammer; his radio work as the host of Little Steven’s Underground Garage; and his devotion to music education through the TeachRock.org music history curriculum. In 2014, he was inducted into the Rock & Roll Hall of Fame. Unrequited Infatuations: A Memoir (Hachette Books) chronicles his remarkable story, one that begins in a bedroom in suburban New Jersey in the early 1960s and unfolds on some of the country’s biggest stages. While still a teenager, Van Zandt met Bruce Springsteen, a like-minded outcast/true believer who became one of his most important friends and bandmates. As “Miami Steve,” Van Zandt anchored the E Street Band as it conquered the world of rock and roll. In time, he used his fame to push for change, masterminding the recording of the anti-apartheid anthem “Sun City” and developing a curriculum to teach students of all ages through the medium of music history. Paul McCartney said “Unrequited Infatuations is a wonderfully original take on a Rock ’n’ Roll autobiography.”